In Which Kirkus Says "Hallelujah!" for THE SWEET DEAD LIFE 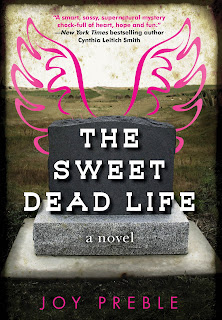 One of the scariest/exciting/vomit-inducing moments in publishing a new book is when the pre-pub reviews roll out. And Kirkus--well, they're known for being tough. The toughest, some say. Even nice sentences followed by 'but.' That kind of thing.

And in general, you just never know. You write this book. You love this book. You think it's awesome. Your editor edits. He thinks it's awesome. And then you send in out in the world to strangers who haven't invested hours discussing the main character's emotional arc and discussing how yes, there are a lot of angel books out there but this one is different! And it's set in Texas! And on like that.

So let me say that last Friday while I was still in NYC the day after fabulous Soho Teen Night at Books of Wonder as part of David Levithan's Teen Author Festival week, I was over the moon to get an email from Soho Press publicist Meredith with the following review of THE SWEET DEAD LIFE. To paint the full picture for you, I was standing in the subway at 50th street, waiting for the 1 train and casually glanced at my phone and then casually glanced at the email and then I got so nervous and thrilled and overwhelmed that I actually couldn't read it until I got to my room. Seriously -- this is how I roll. Such good news that I couldn't look at it. Also the signal died. But whatever.

The word Hallelujah is my favorite!! And the short version: They loved it!!!

Here is what Kirkus says about THE SWEET DEAD LIFE:

For 13-year-old Jenna Samuels, things have been going really badly: She’s pretty sure she’s dying, her father has mysteriously abandoned the family, her mother is nearly catatonic with depression, and then her brother dies and becomes an “A-word.”


Her life—and health—rapidly disintegrating, Jenna is convinced that she is dying. Through her journal entries, she recounts what she knows for sure as she tries to piece together a month’s worth of her life turning upside down. Jenna and her anything-but-cherubic brother Casey work together with the help of another angel, Amber, to determine what exactly has happened to the Samuels family and why. Soon they discover a sinister plot and realize they must save their family before it’s too late. Jenna’s sarcastic and sassy tone will easily resonate with readers, and her keen observations are derisive and laugh-out-loud funny. While the refreshing lack of romance is a welcome change from the usual angel fare, some conventions of the trope remain (will we ever get away from paranormal beings who sparkle?). Certain plot aspects, however, seem not entirely fleshed out: Amber’s character has a shadowy past that’s never addressed; it’s never really clear how humans can see and interact with angels and never guess that they’re otherworldly; and then the book abruptly ends—perhaps a sequel waits in the wings?

Hallelujah! A paranormal tale of angels that’s not a romance, making it a novel that breaks the mold. (Paranormal fiction. 13 & up)

About POISON and Bridget Zinn 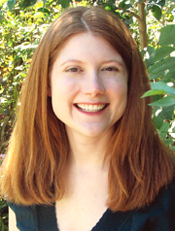 I did not know author Bridget Zinn personally, although we have many author and bookseller friends in common. Publishing is in many ways a small world and Bridget Zinn had written a kick ass debut YA titled Poison and it was supposed to release in summer of 2012 in the middle of the pack with the rest of her Apocalypsies debut ‘class.’ Here is what I knew: That Bridget was a fine and wonderful writer with great promise ahead of her. That she grew up in Wisconsin. That she married the love of her life and most recently lived in Portland, where I visited on tour this past January and had the privilege of meeting and hanging out with many of her author friends and the fine booksellers at Powell’s and Green Bean Books and A Children’s Place, the last of which hosted the Poison release event just the other day.

And that tragically, Bridget was diagnosed with colon cancer not long after her marriage and that she died, at age 33, before the publication of that debut novel.

Publisher’s Weekly talks about this in fine articulate prose here .

As for me, I know what it is to receive the best news of your life along with the worst news of your life all at once. In February 2010, just as my debut novel DREAMING ANASTASIA was starting to do great things and I had been asked to write a sequel, I was diagnosed with what turned out to be an advanced stage of thyroid cancer. This post is not about my story, so I’ll keep the tale short: I cried. I was scared. As the doctors at cancer hospitals are fond of saying, cancer doesn’t discriminate. It doesn’t care who or what you are. I had surgery and radioactive iodine treatment and many months of retesting over the past 3 years. The cancer has not come back. The word cure has been used, which let me say that the folks at MD Anderson do not use lightly. But I will say that once you get the best and the worst of life all in one week, it changes everything forever.

I hate beyond the telling that Bridget is not here to celebrate what I am certain is a dream come true, that the many, many books that surely lived inside her will never be here for us to read. And I love with a fiery passion that her friends and fellow authors and the publishing community have made sure that POISON was birthed into the world where, because it is a fine and wonderful and clever story, it will keep Bridget on bookshelves for a very long time. That is the great thing about books: They are forever—reborn each time a new reader opens to that first page. 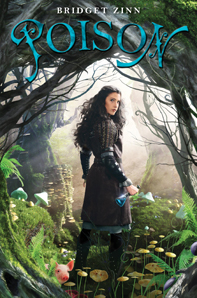 If you don’t know about POISON, here’s what Amazon has to say:

Sixteen-year-old Kyra, a highly-skilled potions master, is the only one who knows her kingdom is on the verge of destruction—which means she’s the only one who can save it. Faced with no other choice, Kyra decides to do what she does best: poison the kingdom’s future ruler, who also happens to be her former best friend.

But, for the first time ever, her poisoned dart…misses.

Now a fugitive instead of a hero, Kyra is caught in a game of hide-and-seek with the king’s army and her potioner ex-boyfriend, Hal. At least she’s not alone. She’s armed with her vital potions, a too-cute pig, and Fred, the charming adventurer she can’t stop thinking about. Kyra is determined to get herself a second chance (at murder), but will she be able to find and defeat the princess before Hal and the army find her?

Kyra is not your typical murderer, and she’s certainly no damsel-in-distress—she's the lovable and quick-witted hero of this romantic novel that has all the right ingredients to make teen girls swoon.

As I type this, the book is selling well. Very well. Let’s keep it that way.

Cheers to you, Bridget Zinn.  And cheers to the YA publishing community who made sure that POISON released yesterday.