Are You Ready for Christmas and Other Holiday Observations 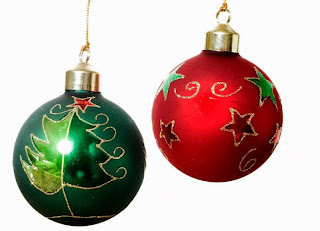 I am filled with a general holiday cheer right now. It has -- as I've been alluding to on and off in recent posts-- been a crazy fall around here. Husband had what was originally diagnosed as 'possibly carpal tunnel' which turned out to be something a lot more serious and although he is on the mend, the resulting doctors visits and tests and therapies and other medical stuff have left us feeling a bit like Alice down the rabbit hole… If the rabbit was mean and toothy and really pissed off at you. (Which actually may be the case in the original Alice in Wonderland, but the sad truth is, if I ever read the whole thing I have no memory it, only the Disney movie.)

In between, of course, I have been finishing THE A WORD (May 2014, Soho Press) and now the revisions for FINDING PARIS (which got announced in late September, the day before we took a nose dive into medical mystery land and is coming in 2015 from Balzer&Bray) and doing book events and all the rest of the things that make up this crazy wonderful career I have fallen into.

In any case, it's suddenly December! I love December. I love October more, although this year it sucked because of all of the above. But December is nice. It has red holiday cups at Starbucks and decorated houses and lights and cookies and treats and mechanical reindeer on our neighbors' lawns and Christmas trees and menorahs (although this year Chanukah coincided with Thanksgiving and is thus over until next year when it will once again be back in late December because that's how things work with a sort of lunar calendar) and other festive stuff.

Our extended family covers just about every religion in the book, so we're a fairly ecumenical/equal opportunity holiday bunch. I don't personally celebrate Christmas but I love the pomp and circumstance of it and who doesn't love good will on earth and peace toward men? I love the music, too, the grand majesty of so many Christmas songs -- although not that one about "Baby it's cold outside" which if you listen to it is essentially a rapey/roofie in your drink so I can have my way with you while it snows song, which is not quite so jolly as one would think from the tune.

If you ask me, as my neighbor just did as I was walking the dog, "Are you ready for Christmas?" I will give you a resounding "Yes!" Because since it's not my holiday, the prep is fairly minimal. ( I find that this is easier all around than me  launching into a discussion of "Different Religious Traditions" while my dog poops on your lawn.)

Of course there are the tricky moments in our varied sides of the family like over Thanksgiving when my in-laws' 7 year old asked if Santa brought Jewish kids presents and I mulled this over while eating pumpkin pie and eventually just said, "No. Could you pass the whipped cream" and then had a not unpleasant flashback to the time when I was eight and decorated our rubber tree plant with Christmas ornaments and insisted on sitting on Santa's lap at the mall only to feel like a total imposter once I got up there. But let me add here that if you are reading this and you are an adult who regularly bends down in the grocery store and asks random children what they want Santa to bring them, you might consider that some Jewish kid is going to tell you that Santa doesn't come to his house, and that he will spin a dreidel , eat latkes and enjoy those socks and underwear he gets on night 3. Or in the case of our son, he will then ask you what you plan on doing for Purim in March and did you fast at Yom Kippur, and you will walk away muttering.

Once, a few years back, the high school football team persisted in roaming the 'burb each night, placing the reindeer in highly compromising positions. Another year, our next door neighbors tried to throw away their Wise Men when they got new ones. Each garbage day, the garbage men would have replaced them neatly on the lawn.

I love the holidays.

My family is also all over the place -- part Jewish, part Catholic, part Anglican Christianity. So we're also a pretty equal-opportunity holiday bunch. Random holiday fact of the day: we have those EXACT baubles on our tree. True story.

It's funny how life throws everything at you at once, isn't it? Like how your English teacher decides to get arrested three months before your mock GCSEs. And leaves you with a patronizing temp whom the whole class hates. Who marks your work wrong. And is four feet of undiluted evil wearing ugly eyeshadow.

Not that I'm bitter about that, or anything...

In all seriousness, I will be thinking of you guys. Hope your husband gets better soon. You know I had my fair share of hospitalization last year, so I know what it feels like. It sucks. But you certainly value your health more when they're done stabbing at your veins and shoving tubes into you.

You know what's great about holiday season in the States? PSL at Starbucks. I am so jealous...

Oh, and if you think "Baby it's cold outside" is a weird Christmas song, try "Fairytale of New York" by the Pogues!

So merry Christmas/happy holidays/whatever your preferred yuletide well-wish may be, and thanks for your email! :)

This post pretty much sums up why I love you! :)
Jamie D

OMG you are awesome! I love the trash man and wise man part!!! That should end up in a book somewhere.