In Which I Celebrate Teen Fire in Manhattan 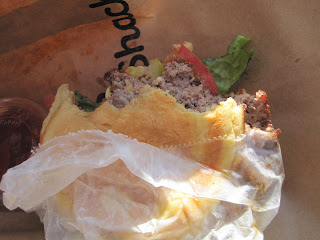 New York! I love you. Even if I never found Cash Cab - and trust me I looked! - everything else was fabulous. Bagels at H&H and Zabars. Central Park. Top of the Rock. A green Empire State Building. Taxis and subway rides and drinks at the famous Algonquin Hotel. The Sourcebooks Fire Launch Party extravaganza at Books of Wonder. The After Party. Seeing rats the size of horses in the alley while Publicist Paul and I looked for cab. (Okay, yes, we stopped to look. Really - kinda cool.) Times Square. The Imagine circle in Strawberry Fields in Central Park. A street hot dog. Ron the concierge at The Lucerne. My hamburger from Shake Shack. (that's it - minus a bite or two - in the pic above) And lots more. Plus meeting Sourcebooks authors, editors and publisher Dominique Raccah herself. Plus a killer blueberry torte dessert at dinner on Wednesday nite served by a tres exuberant French waiter. 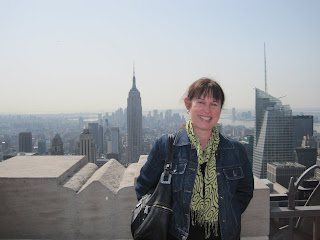 Top of the Rock, baby. 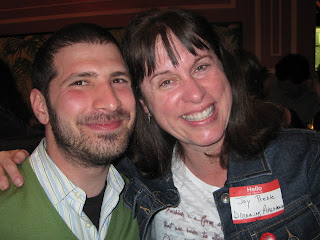 Me and Lyron Bennett, who was the original editor who acquired Dreaming Anastasia so long ago 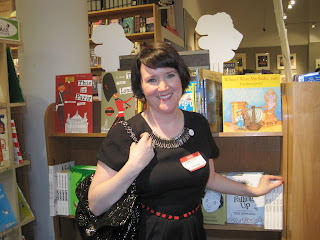 The fab Helen Ellis, Sbooks author of The Turning (May 2010) and Sweet Home Alabama girl
Domestic or Stray? That's the question (it's about a girl who's turning into a cat) 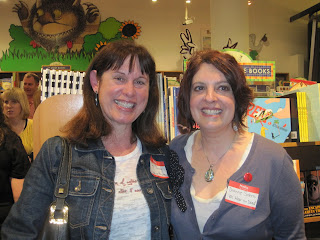 Me and Dianne Salerni, Sbooks author of We Hear the Dead, out in May 2010 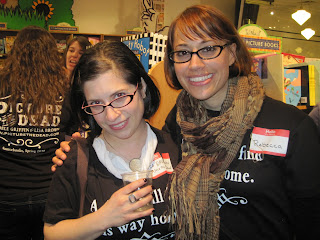 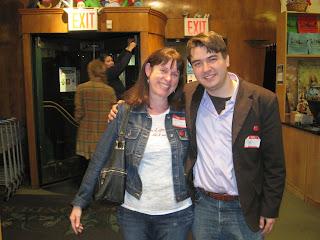 And finally. Me and the best person ever. The amazingly wonderful Publicist Paul - aka Paul Samuelson. Without the Horrid Henry head. 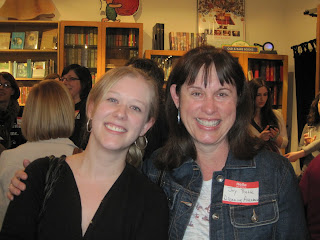 This is Cassie Ammerman. She's a publicist for TOR. And also my former English student. Can you say incredibly small world? You should have seen our faces when we made the connection. 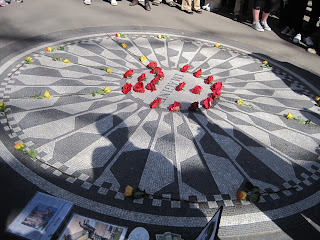 The Imagine circle in Central Park 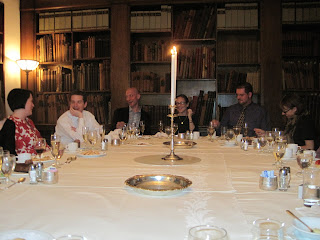 Wed. nite Sbooks dinner. Helen Ellis, Sean Murray, Cameron Stracher, Ty Drago and Rebecca Frazer and others who are a little hard to see because of my mediocre camera skills. plus it was a huge table. and an even huger candelabra. Seriously. Look at that sucker. 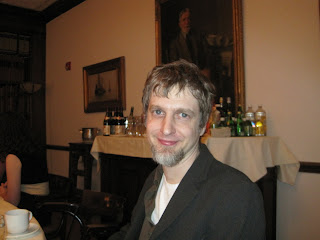 Mr. Tiger Beat himself - my wonder editor and all around fabulous new dad and human being, Daniel Ehrenhaft 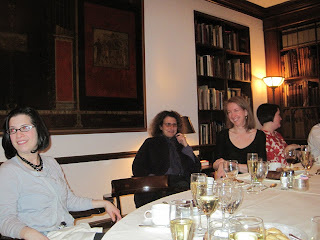 Our publisher, Dominique Raccah, in between Lisa Brown and Lila Castle (Star Shack) 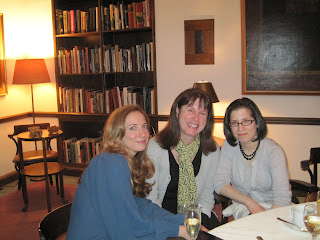 Right after looking at pics of our kids (after which I dropped mine of the floor where it was rescued later) - That's me in the middle between Adele Griffin and Lisa Brown - whose absolutely amazing - and illustrated - book Picture the Dead comes out in May.
Til next time...
Posted by Joy Preble at 1:39 PM

Great pictures, Joy! I'm so glad we got a chance to meet.

Sorry I missed that Wed night dinner, though. It looks a lot quieter and calmer than the Thursday night shindig -- easier to talk to everyone. And what a candelabra! Yowzer!

more small world: i know cameron stracher's wife, christine pakkala. we taught together some years back in nyc. seems like a wonderful trip. isn't nyc great? so glad you made it to some of the great places on the upper west side. and, of course, i love books of wonder, too. love, susan

Hey there, P-rebel! It's Kash, one of your students from 2008. Just wanted to say I'm proud of all that's happened since I left your class, looks like you've gotten along without me better than you had planned! I'm glad you had fun in NYC, maybe you can visit Toronto sometime on your busy book tour.

Kash! I know - it is very cool, isn't it? Almost as much fun as our old 6th period. :) Hope all is well with you in Toronto. I like that city, although we were in Vancouver in June and that was amazing.
joy