Hanging out with Christina Mandelski 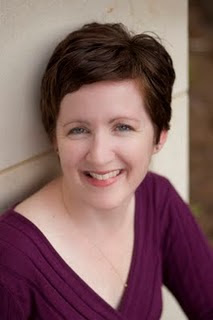 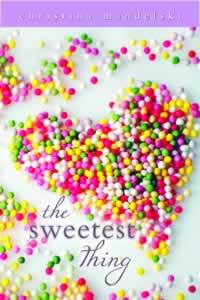 One of the awesomest (yes, it can be a word. Why? Cause I said so) things that happened in April when I went to TLA was getting to know Christina Mandelski. She writes! She loves cake! (We had a bakery in the family for years. My Aunt Dina and Uncle Leon - both skimming about 5 feet tall - ran it, and here is Chris writing about Sheridan Wells, queen of the cake decorators! ) She is funny and adorable! She actually lives not far from me! She is beffies with my breakfast buddy Crystal Allen. (who is also adorable and funny and smart and lives a little farther from me but really loves cake, too)

Speaking of cake - Rao's Bakery on Cypresswood in Spring, Texas makes kick butt cakes; we had Italian Cream and Red Velvet slices at critique group last night. I am still on a lovely sugar high. (And in case you think the northern Houston suburbs do not produce anything but cake and heat and fire ants - which is partially true - let me briefly digress to say that the Klein School District has also produced some phenomenal actors that you see regularly on tv. One them is the son of family friends. For his privacy, I will leave that a mystery. BR will appreciate it. Oops. Yes, it's true, Jim Parsons (Sheldon on Big Bang Theory), Ben Rappaport (who starred in the now defunct Outsourced and has also been on Broadway! And who looks exactly like his dad except w/out the beard), and Matt Bomer (the highly hot star of USA's summer series, White Collar) - all products of high schools in the Klein ISD right here in otherwise boring Spring, Texas. We are a happening place.

But back to Christina Mandelski - well, she's not quite from the rarefied atmosphere of Spring, actor capitol of the world - but she's pretty close and darn cool and she stopped by the blog today to chat.

Here's what Amazon has to say about The Sweetest Thing:

In the world of Sheridan Wells, life is perfect when she’s decorating a cake. Unfortunately, everything else is a complete mess: her mom ran off years ago, her dad is more interested in his restaurant, and the idea of a boyfriend is laughable.
But Sheridan is convinced finding her mom will solve all her problems—only her dad’s about to get a cooking show in New York, which means her dream of a perfect family will be dashed.

Using just the right amount of romance, family drama, and cute boys, The Sweetest Thing will entice fans with its perfect mixture of girl-friendly ingredients.

And here's a few words from Chris herself:

When It Rains, It Pours

It’s hot here in Houston, and dry. But the week before last, after something like 150 days, it finally rained. The morning started out dark, long rolls of thunder ambled across the wide Texas sky, and then the sky opened up. Facebook statuses rang out the news – “OMG, it’s raining!”, and “What’s that stuff falling from the sky?”.

It was only rain, but it felt a little bit like a miracle.

Ironically, not too long ago, I felt like my writing was in a drought of its own. My novel released on May 10th, I finished a manuscript and was revising, but my mind kept returning to the question, what’s next?

It’s a scary question for any writer, published or not. When will that next great idea come? Will it come? Or am I totally dried up?

I wasn’t asking for a miracle. The idea didn’t have to be a fully-formed (though that would have been nice), it didn’t have to have a title, or even a main character. It just had to be something that got me excited, a brief squall, if you will. Just enough to dampen the old creative soil and allow something to sprout up.

But back in May, nada. Crickets. My creative reservoir was on empty and I saw no chance of precipitation in the forecast.

Until one day in New York (where I was attending BEA with my Class of 2k11 peeps), when I met with the head of my agency. He’s a cool guy, who I thought would want to talk about my book, my career path, business stuff, you know? And he did, a bit, but more than that, he wanted to hear about my next idea (I had a few lame ones to share, which he proceeded to help me flesh out).

We covered a lot of ground, but I found, when the meeting was over, that my mind had camped on one particular phrase he’d used, comparing one of my ideas to Alfred Hitchcock’s classic movie To Catch a Thief (one of my favorites). I hadn’t thought of it like that, at all, but he was right.

Rumble, rumble, was that thunder I heard in the distance?

The rest of my time in New York, I couldn’t get my mind off of that idea. It burrowed its way into my brain and began to grow – sitting in JFK airport, in the midst of awful delays (terrible storms in the northeast), I joyfully took notes on everything from plot points, to the main character’s name (I’ll call her Diana, because she’s on the hunt to find out who framed her dad). I made some headway, and Monday morning, I was in my chair at home, writing with abandon.

In the course of a week, I’d gone from dust bowl to my cup runneth over. Not that it’s the best idea ever, not that I won’t completely gut it in revisions. It’s too soon to think like that. For now, I’m just enjoying the relief of a dry spell that’s ended.

Writing is weird that way, don’t you think? If you’re in a drought of your own at the moment, I urge you to keep your eyes and ears open, and don’t get discouraged. Read a book, bounce ideas (no matter how lame you might think they are) off of writing friends, and wait. There’s thunder in the distance, the rain is coming, and if you’re lucky, it’ll grow something beautiful.

Thanks so much Joy, for letting me commandeer the blog today!
Thanks back, Chris! Want to find out more about The Sweetest Thing (on shelves now from Egmont USA) and Christina Mandelski? Here's how:
http://www.christinamandelski.com/
http://www.willwrite4cake.blogspot.com/

I told Source Books how sad I was that you weren't at ALA!

"We" truly are a happening place!!

Great post! It is crazy how many actors are from this area. Jim Parsons graduated from Klein Oak, which is where my husband graduated (ten years later though). And Lee Pace (Pushing Daisies) also went to Klein I believe. My friend played soccer with his sister. :)

I'll have to check out that bakery. Sounds fab :)
Christina sounds delightful! It's so exciting to have all of these local authors surrounding me (and running into them at various signings ;).

What an encouraging post! I thoroughly enjoyed The Sweetest Thing and I'm glad to know Christina has more coming down the line.